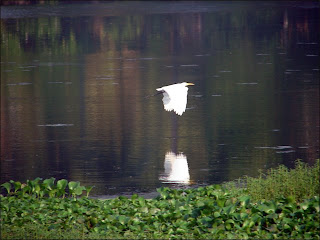 A tribute to Michael Jackson

Though his ways are hard and steep.

And when his wings enfold you yield to him ,

Though the sword hidden among his pinions may wound you.

And when he speaks to you believe in him ,

Though his voice may shatter your dreams as the north wind lays wastes the garden.

For even as crowns you so shall he crucify you.

Even as he is your growth so is he for your pruning.

Even as he ascends to your height and caresses your tenderest branches that quiver in the sun ,

So shall he descend to your roots and shake them in their clinging to the earth.

Like sheaves of corn he gathers you unto himself.

He threshes you to make you naked.

He shifts you to free you from your husks

He grinds you to whiteness .

He kneads you until you are pliant:

And then he assigns you to his scared fire , that you may become scared bread for God"s sacred feast.

From 'The prophet' - Khalil Gibran

Osho
What is is the relation ship between artistic creativity and perfection? Is not creativity in music, painting and poetry an attempt to reach perfection in visible and audible form? Is the artist simply creating a more ego as the so called saints you often talk about?


Yes , ordinarily the artist is the most egoistic person in the world. But then he is not a true artist either. He has used art as a means for his ego trip. Artists are very egoistic, constantly bragging about themselves, and constantly fighting with each other. And everybody thinks that he is the first and the last . But this is not true art.

The true artist disappears utterly. These people are only technicians: I will not call them artists but technicians . I will not call them creators: I will call them composers. Yes, to compose a poem is one thing, to create a poem is quite another . To compose poetry one needs to know language, grammar, rules of grammar- rules of poetics. it is a game with words. And if you know the whole game , you can create poetry. It will not be very poetic, but it will have the appearance of poetry. Technically, it may be perfect, but it will have only the body- he soul will be missing.

The soul happens only when the artist disappears into his art - he is no more separate. When the painter paints with such abandon that he is not there, that he even feels guilty to sign his painting- because he knows he has not done it. Some unknown force has done it through him . He knows that he has been possessed- that has been the experience of all the really great artists down the ages: the feeling of being possessed . The greater the artist , the more clear the feeling is.

And those who are the greatest- a Mozart,a Beethoven, a Kalidas, a Rabindranath- these who are the greatest, they are absolutely certain that they have been nothing but hollow bamboos, and God has been singing through them.They have been flutes, but the song is not theirs. It had flowed through them, but it comes from some unknown source. They have not hinderd - that's all they have done. But they have not created it. The paradox!


The real creator knows that he has not created it. God has worked through him. he has possessed him, his hands, his being, and he has created something through him . He hasbeen intrumental.

This is real art , where the artist disappears- then there is no question of ego. And then art becomes religion. Then the artist is a mystic- not only technically right but existentially authentic.

I think the concept God here is not an antropomorphic god but Nature .
Posted by savi at 9:26 AM No comments:

if you have ego , then you will be afraid of death , then death is bound to come -because you are clinging to a falsity .How long can you cling to it? sooner or later you will have to see that it is false . You can go on avoiding, you can go on delaying and postponing, but not for ever.

It is like : a great wave in the ocean believes that "I am , and I am separate from the ocean" This is ego. Soon the great wave will disappear in the ocean . Then it will feel death . And even while it is there , high in the sky , dancing the dance , whispering with winds, having a dialogue with the sun ,still the fear will be there, that sooner or later it is going to die. Because other waves are dying! And just a moment before they were alive.

Ego is a false entity .It is needed - just as your name is needed.Your name is a false entity. Every body is born without any name . But we have to give a certain name, otherwise it will be impossible in the world-how to call him? How to address him? How to send a letter to him? how to give money or borrow money from him? How to drag him to court? It will be so impossible if everybody is nameless. It will be sheer chaos! This world cannot exist: it will be a totally different kind of world.

If you under stand this, there is no problem. You can use it and you can know that you are not separate from existence. I also use the word I- Buddha uses it , Krishna uses it, Christ uses it . It cannot be dropped . There is no need to drop it! You just have to see the point that the word is utilitarian _useful in day-to-day life, but has no existential status .

Don't be befooled by the word. Don't start believing that the word is the reality . But it happens. I have heard Charles de Gaulle was a very egoistic person, as politicians are bound to be. A story is told about him :

One winter night upon retiring, his wife shivered and said " My God, it's cold." Yielding slightly de Gaulle replied , " In bed , Madam, you may call me Charles".

From 'Talks from Sufi stories' by Osho
Posted by savi at 8:50 AM 2 comments: 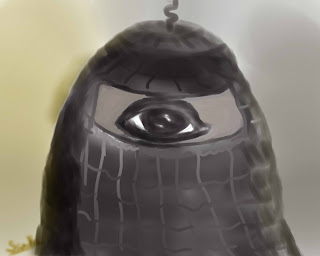 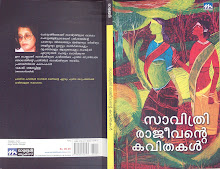 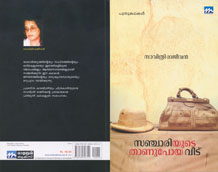